Post-partum depression was not invented when I was going through it in the early 1980’s. I just thought I was a little koo-koo. Several years ago I calculated that I was pregnant or nursing for 7 ½ years except for two weeks.

I became pregnant on the third day of our honeymoon at age 32, nursed each of the boys for 6-12 months. Our 4th baby was born when I was 39 and I nursed him for 6 months. It’s not a Guinness record, but it is remarkable for me– since we seemed to be moving at warp speed in our Christian walk, and I was pretty much out of my comfort zone.

Our story about the birth of our third son is that I had a check-up scheduled with the doctor on my due date. I was very large and very uncomfortable and was determined to gather up my courage and insist that I deliver our baby THAT day. The doctor’s examination revealed that my body was ready, and he told us to meet him at the hospital and that our baby would be born that day.

Dan and I went home and I called my mom (no cell phones then). I packed for me, and Dan packed a bag for Timmy and Stephen. We dropped the boys off at Papa and Tutu’s and then made our way to the hospital.  The doctor had been waiting two hours, expecting we had been on our way to the hospital after leaving his office. He was not very happy. He got over it, and Mark made his appearance. In those days both mom and baby automatically stayed in the hospital for 2 or 3 days. I appreciated the rest and was happy to be waited on a little bit as I snuggled our little son.

We had been considering the name Silas, because Paul and Silas were such Bible heroes for rejoicing while in prison. My mom and our good friend, Lynn, were very against Silas because they both claimed it was a very odd name to saddle a kid with.

Our niece, Jeannie, Aug’s daughter, wanted us to name our baby Auguste after her dad. Auguste was a long-time family name from the French side.

Mumbo’s friend, Daisy, said she had a dream that we named our son Mark.

So we honored them all and named our son Mark Auguste.

Our friends Bruce and Diane loaned us a beautiful cradle that Bruce had made. My Mom, Grayce, aka GG, flew to Reno to cook for us, cuddle her new grandson, and to play with the boys. Timmy and Stephen were very curious about their new little brother. Hmmm, what changes were coming with this new guy joining our family? 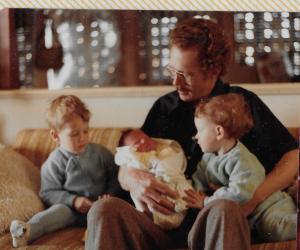 Soon the boys realized that life would go on pretty much as usual: Mom would still take them on walks, Dad would still read lots of books, and there would still be sandbox time every day. 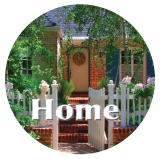 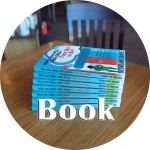 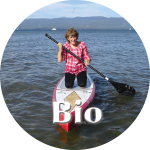